Attorney Alesha Lewis is an African American woman who was born in Bronx, New York. She is a first generation American born to Sharon and Teddy Jones. Her family is from a small island in the Virgin Islands called Antigua and Barbuda. She is also a first-generation attorney who aspired to become an attorney and help her community. She was taught that hard work, faith, and perseverance would take her far in life.

Ms. Lewis has been a native of South Carolina for over 16 years, graduating from Latta High School in 2006. She received her Bachelor’s Degree in Liberal Arts from Francis Marion University in 2010. She also holds an Associate Degree in applied science/paralegal from Florence Darlington Technical College.

Ms. Lewis is also the proud mother of a beautiful 15-month-old son, Legend K. Lewis-Sellers.  Community service and mentoring is a very important aspect in her life. She genuinely believes in the saying, each one teach one. Her favorite quote is by the late Mya Angelou. If you are always trying to be normal you will never know how amazing you can be.

The City of Florence will hold the Investiture for Alesha E. Lewis on Monday, July 26, 2021 at 6:00pm in City Council Chambers at the City Center, 324 W. Evans Street.  To read the full press release, click here. 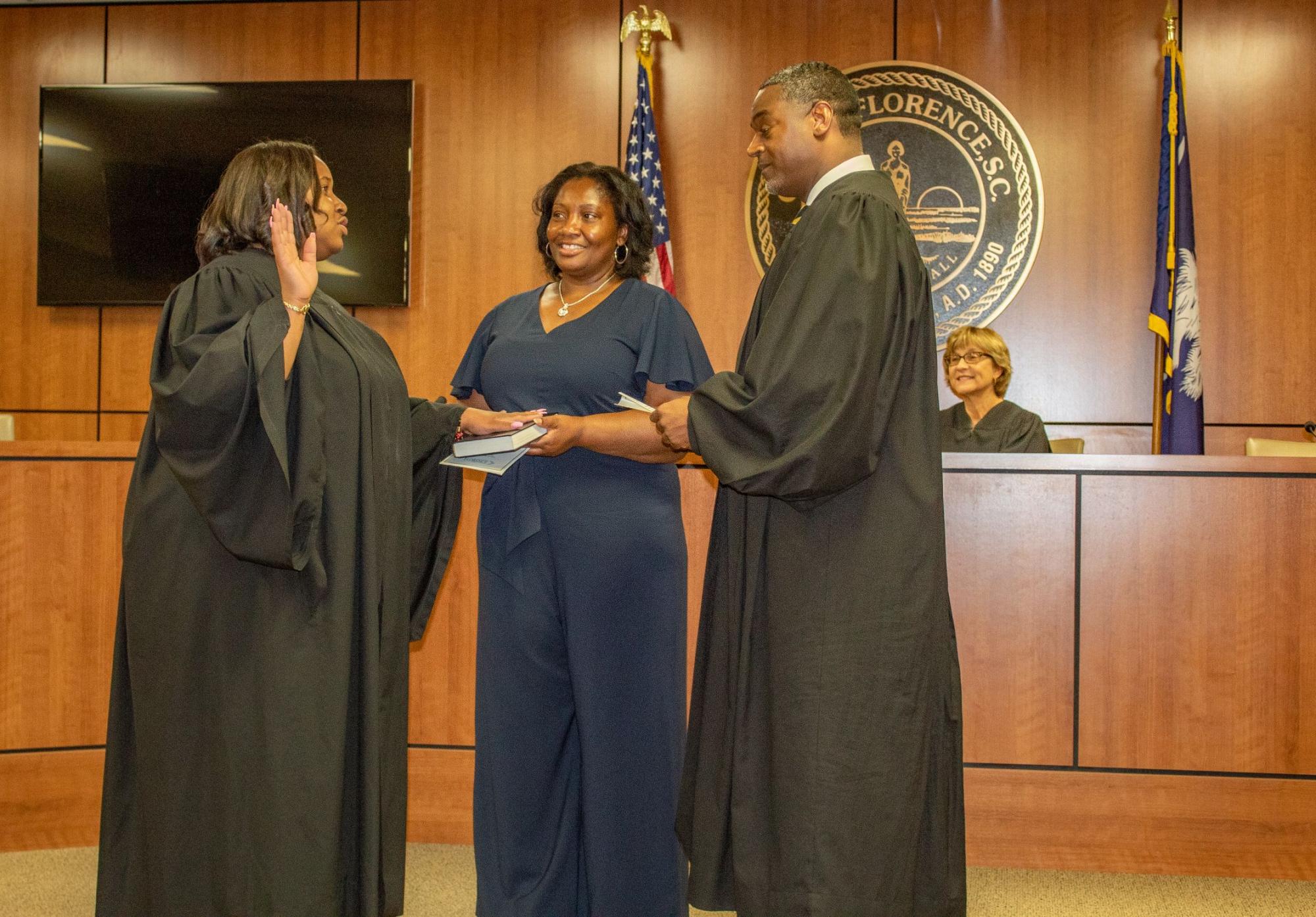 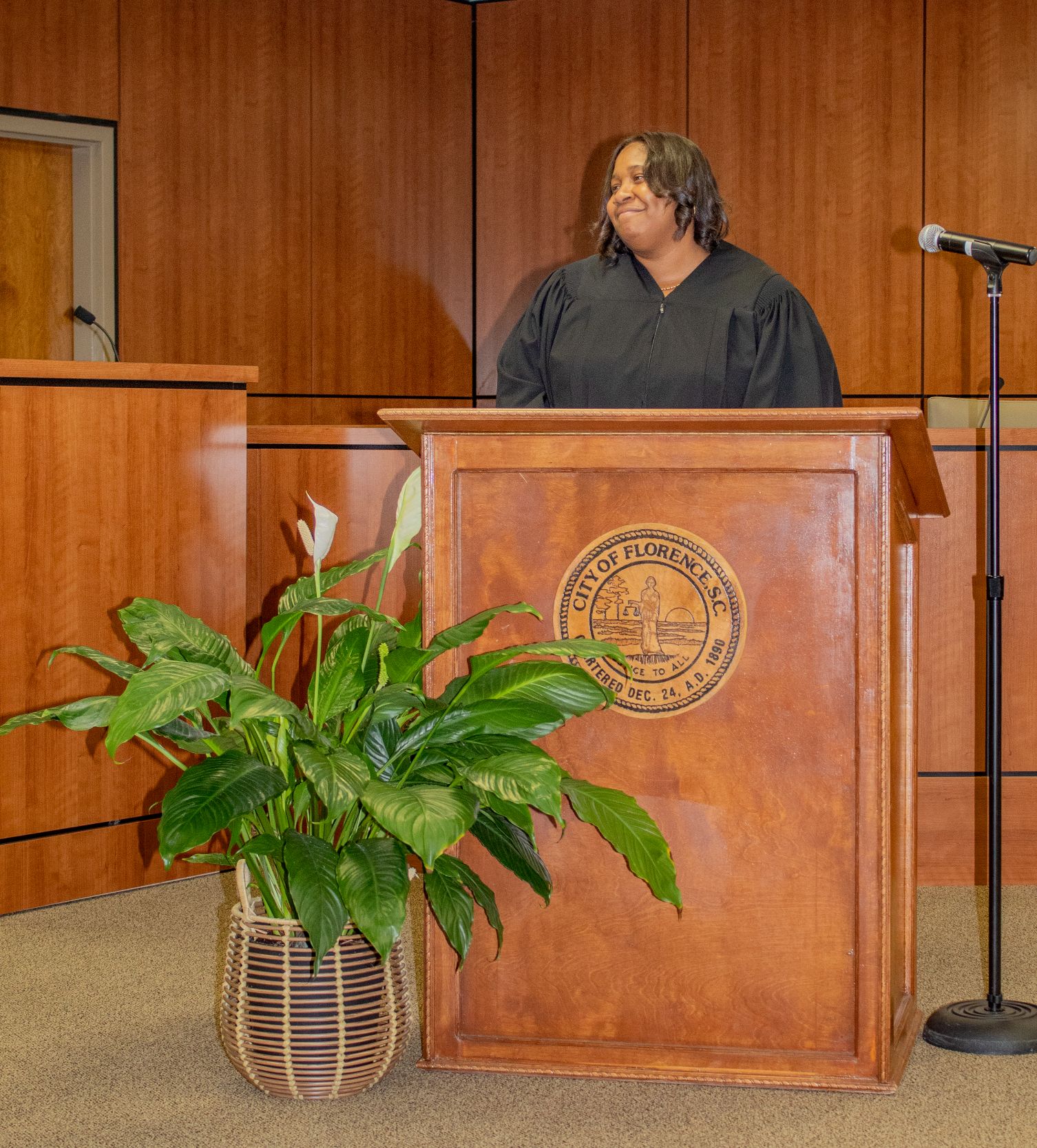