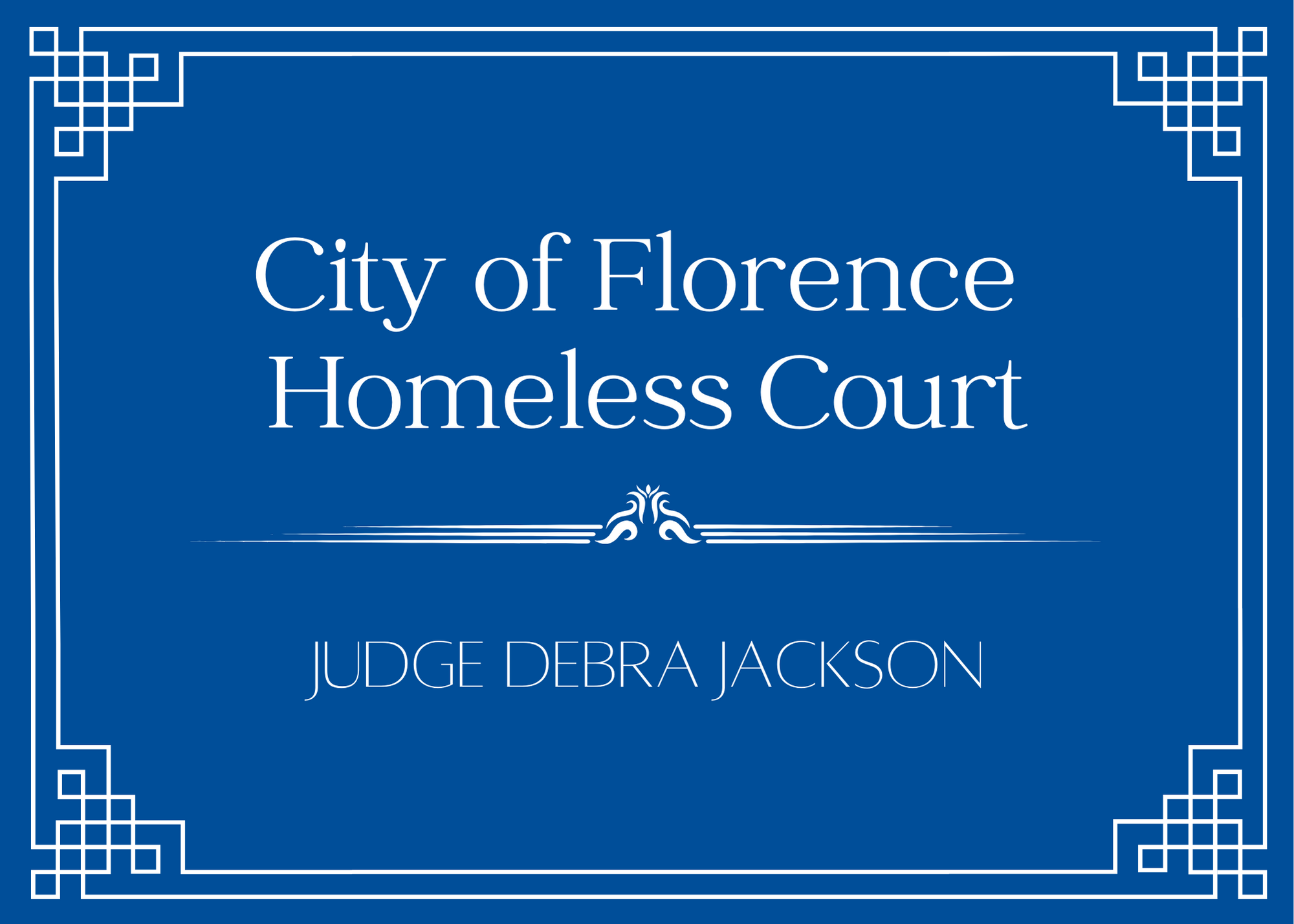 Homeless court provides an incentive for homeless people who have pending criminal charges to seek treatment from a service provider and demonstrate a change of course. If they meet their goals, they may apply to the homeless court and have pending criminal charges dismissed and sometimes prior convictions reopened and dismissed. The charges are limited to misdemeanors and have other limitations. The South Carolina homeless courts have successfully cleared up the records of many homeless people, who have gone on to obtain jobs and stable housing that a criminal record would not have allowed.

Florence Homeless Court is held at 11:00 a.m. on the first Friday of every other month: February, April, June, August, October, and December at the gymnasium located at 300 S. Irby Street Florence, SC 29501. This is near the intersection of Palmetto Street and Irby Street.

There is also “Homeless Connect” every first Friday of the month at 9:00 a.m. at the same location that offers a variety of services that provides a one stop shop to low income and the homeless community.

Establishing Florence’s homeless court began in November 2018. Florence Municipal Court Judge Debra Jackson sought assistance from Nelson Mullins Riley & Scarborough LLP, as well as Mullin’s partner George Cauthen and associate, Blake Williams. She was assisted in making it feasible for Florence and implementing the plan. The City of Florence, along with local homeless advocates like the House of Hope, Lighthouse Mission, and South Carolina Legal services, had a good structure for assisting homeless individuals that sought relief.

The City of Florence received approval from the Supreme Court of South Carolina to create a homeless court, and the order was signed on September 16, 2019. A homeless court committee was created that was composed of Solicitor Ed Clements; Public Defender Scott Floyd; Commander Anson Shells of the Florence City Police Department; local homeless shelter directors, local homeless advocates, and local service providers, among others. This committee held several meetings as well as continued legal education on homeless courts; two site visits to the original South Carolina Homeless Court, and two separate training sessions.