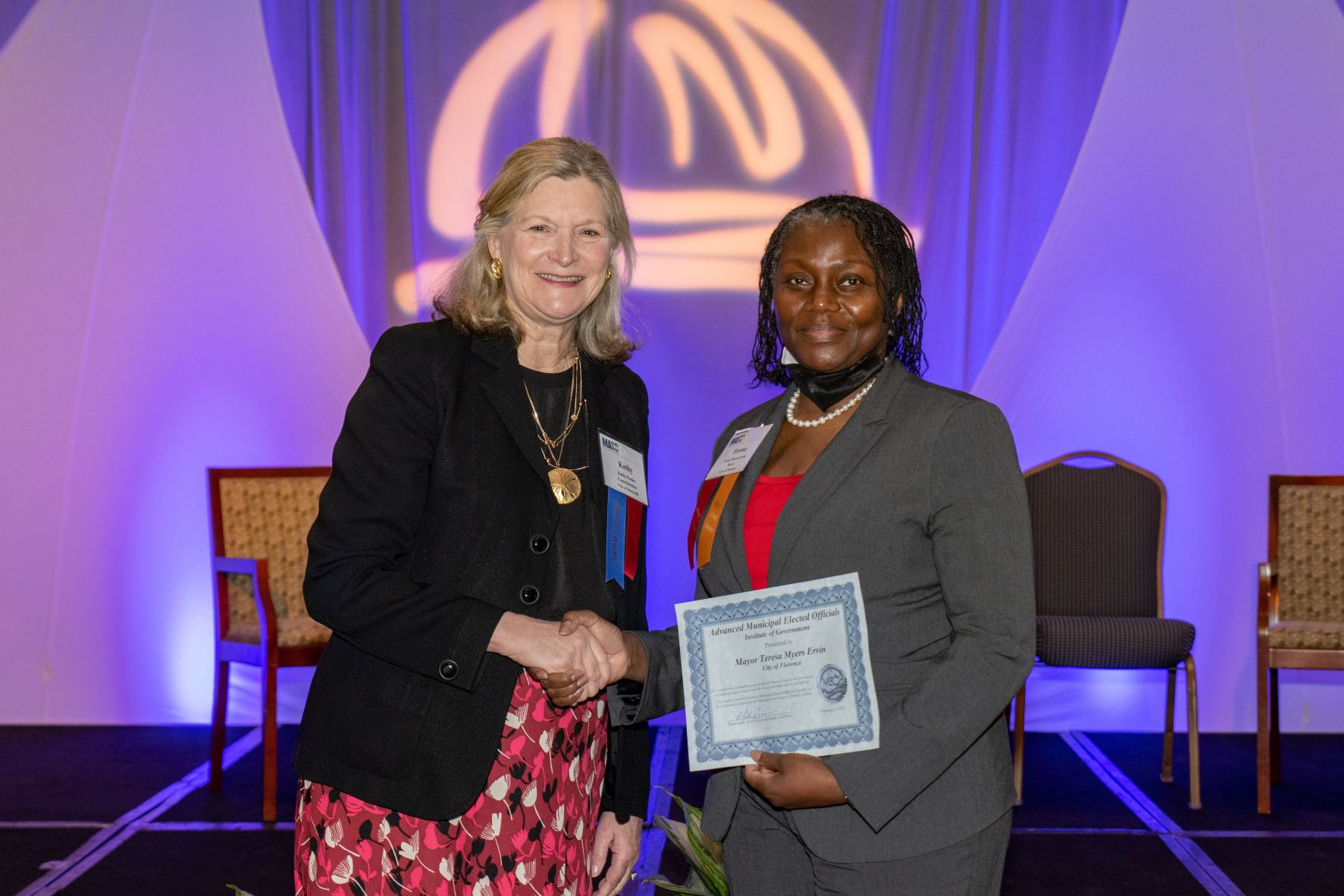 Mayor Teresa Myers Ervin of the City of Florence has graduated from the Advanced Municipal Elected Officials Institute of Government. Graduates received their certificates during the Municipal Association of South Carolina's Hometown Legislative Action Day in February.

"The Advanced Institute allows mayors and councilmembers to explore in depth many governance topics that can make them more effective leaders for their cities and towns," said Urica Floyd, staff associate for distance learning for the Municipal Association.

Graduating officials have participated in at least four of six courses to graduate from the Advanced Institute. Topics include public safety, budgeting, utilities, advocacy, economic development and governance.

The Advanced Institute draws its faculty from South Carolina and across the country including recognized local government leaders, state officials, as well as college and university faculty.

Established in 1986, the Municipal Elected Officials Institute of Government is a program of the Municipal Association of South Carolina. It gives municipal officials a strong foundation in the operation of municipal government.

The Municipal Elected Officials Institute of Government is one of many educational and training opportunities that the Municipal Association offers for the elected officials and staff serving cities and towns. Learn more at www.masc.sc (keyword: education and training).